Unplugging the fuel system on an outboard motor

zzZippety Doo Dah has a 7.5 horse power Honda outboard hanging off the transom. In the past this motor has been solid, firing up after one or two pulls on the cable.  The past two times I have taken it out however, the motor had all sorts of issues staying running at low RPMs. The throttle had to be at least half open, which meant lots of noise and high RPMs, not to mention causing the sailboat to scream around the marina when I pulled out. I had a similar problem to this a couple years ago with my 1965 VW Bus where the outlet of the fuel tank was full to junk and fuel simply was unable to get to the motor unless the motor was working hard enough to suck it out. After consulting with the good Mike of the beautiful sailboat Serenity we both came to the conclusion that this was probably the same issue with the outboard. Hoping for a cheap fix I hopped over to a store and picked up some Gumout Fuel System Cleaner and added it to my tank. After fiddling with the motor for a few minutes it roared to life. I let it idle high for a minute then yanked the throttle down quickly and viola! The motor sat there purring beautifully. 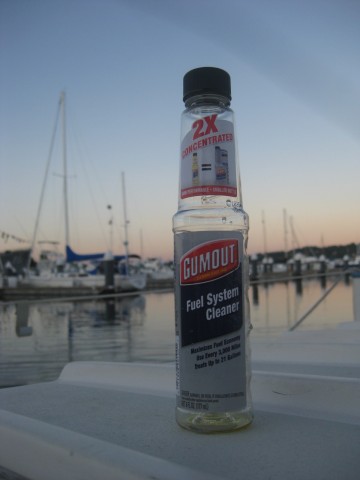 Then (after checking my lines of course!) I put the outboard in F and opened the throttle up to 3/4, let it run for a few seconds, and put it immediately back to idle with no issue. Been working great ever since. 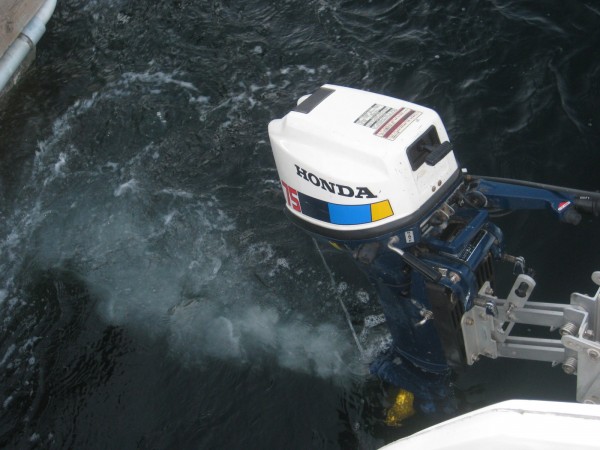 Moral of the story is? Try the cheap solution first and you may be happily surprised! 😀