This post is well overdue, by a couple of months actually…sorry.

A few years back I became interested in sailboats when a friend began looking for one, and my aunt began telling me stories of her time living aboard a sailboat. I started doing some research of my own and after several months I came to the conclusion that when I moved back near the Puget Sound I would be interested in acquiring my own sailboat. Over the next couple years I regularly read articles on sailing and specific sailboats, surfed Yacht World looking at types, sizes, and prices, and checking out Craigslist to see what was available nearby. Originally I wanted to get a large sailboat that I could live on (trust me, it’s way cheaper in Seattle to live on a boat than to rent an apartment!) but after sitting down and defining my life goals over the next two years I realized the trade off would not allow me to accomplish my primary long term goal, but a smaller sailboat without live aboard features might do fine. The only problem with small sailboats is that I do not like the way most of them look. Lines are very important to me and little sailboats just aren’t all that great to look at.

Fast forward to two months ago, I was sitting at my desk at work waiting for a project to build and hopped on Craigslist looking at…you guessed it, sailboats. Up pops a post for a North American Spirit 23 within a 50 minute drive. I loved it! The lines are beautiful and it is a rare boat, which makes me like it all the more as I like to have something just a little different (I drive a 1965 VW Bus remember?). I called the seller and went out the next day to take a look. The hull was in great condition, paint needed redone, and the motor was in the shop, but she was gorgeous. I wanted her, but I forced myself to walk away and think it over. As you guessed I did in fact buy the sailboat, the next day. I figured she was cheap enough that it would not matter if something bad happened, like finding out I hate sailing. Lucky for me I knew I would love it and I do.

It is my extreme joy to introduce to you now zzZippety Doo Dah, a 1977 Spirit 23 who has found a loving new owner in me. 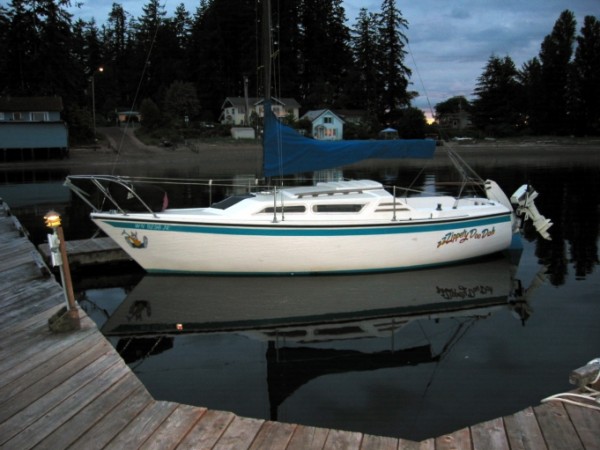 I purchased her in Everett, Washington and motored all the way to Bremerton, Washington due to lack of wind. It was a long trip(s). I hopped from marina to marina, making a route from

each hope took at least 4 hours and was completed around my regular work schedule. Everything went smoothly once I actually made it out of the Everett marina, however while still inside the breakwater in Everett my outboard Evenrude 15 hp bit the dust. The seller told me he had it rebuilt and installed it the day before I picked up the boat, however when I pulled the top off it clearly had never been rebuilt, the yacht repairman confirmed my suspicion. The next morning I had a shiny new (well it’s a used motor) Honda 7.5 hp outboard hanging off my boat and was ready to take off on my adventure. The Honda ran great all the way down to Bremerton and does not give me any problems if I give the enginve time to warm before putting a load on her.

And there you go, the story and the boat. Every boat has something the owner wants to change and here is my short list (luckily small sailboats are relatively cheap to work on!)

There it is, my list. And now Here are some pictures for your viewing pleasure! 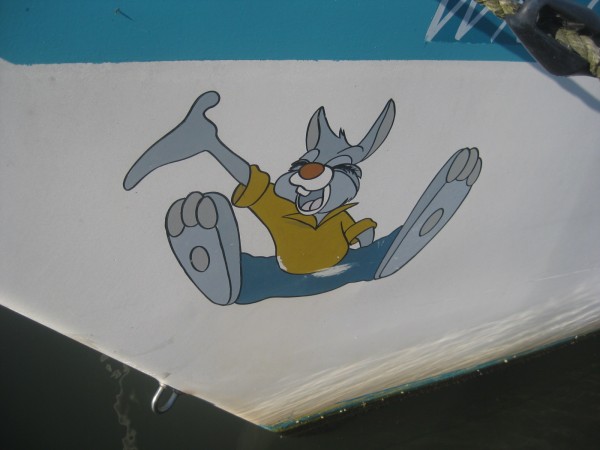