Turn Me Up! How I Control My Own In-Ear Monitor Mix

“I need more of myself! Turn me up!” – Musicians Worldwide

It is an age old dilemma for the sound crew- how to provide the volume levels that each musician wants in order to hear themself. I recall the time when floor monitors were ubiquitous and all the time the band would spend arguing over their monitor levels. In smaller venues it sometimes to the point that the stage monitors were louder than the house speakers! The drop in price of good in-ear monitors to a range the average music could afford was a game changer.

As a drummer, I love in-ear monitors because it puts the monitor audio closer to my eardrums. I do not have to strain to hear the floor monitor over the sounds of enthusiastic banging.

As a keyboardist, in-ear monitors have allowed me to increase the lushness and types of sounds I can use. Getting the floor monitor volume up where I wanted it often would cause the rest of the band to not be able to hear their own part due to the covering nature of pads.

One problem solved, but there is still the issue of many mixing consoles having a limited number of aux channels for monitors.What I commonly encountered were four aux channels, split something along the lines of:

That left everyone to bicker about their own volume still.

Nearly two decades ago I came up with a deceptively simple solution that allowed me to both hear as much of myself as I want and control my own volume. All without affecting anyone else sharing the monitor mix. In fact, I could be removed from the monitor mix entirely if desired and still hear myself.

The solution: Run the monitor send from the board and the output from your instrument into a personal mixer.

Here is a diagram of the idea:

The Personal Mixer sits next to your instrument and allows you to turn up and down the volume of your instrument independently of the monitor mix coming from the soundboard.

My current go to personal mixer is the Rolls MX28, due to it’s compact design and how easy it is to mount on a flat surface.

Other mixers I have used with great success

And, of course everyone wants to know what earbuds I used. For the price and sound quality I have never found any better than the KZ lineup

Would I buy it again? Review of the Behringer U-PHORIA UMC202HD Audio Interface – Plus 2x bonus gear! 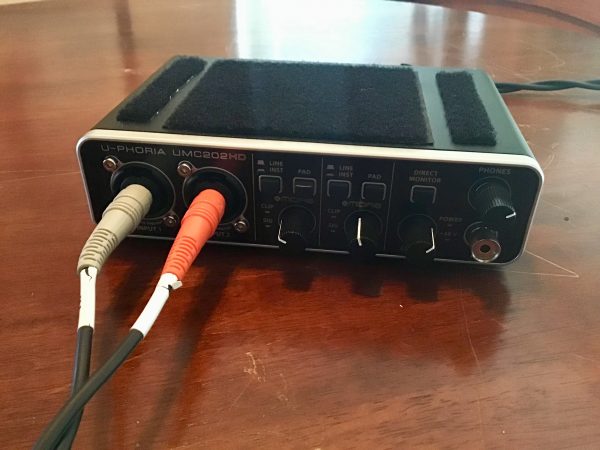 Back in the day Behringer was not known for particularly high-quality audio, so when I went to upgrade my audio interface you could say I was more than a bit skeptical of the Behringer U-PHORIA UMC202HD audio interface. To say that I have been pleasantly surprised would be mild. I am blown away by the clarity of the audio that comes out of it little unit.

Picked up this little unit for XX dollars on Amazon. This model has two inputs with double as XLR and TRS. The preamp’s are brilliant. There are two outputs for left and right on the back, and the headphone jack on the front with independent volume control can be used to monitor inputs, or the outputs.

Most of the time I am performing live with the U-PHORIA UMC202HD, and thanks to the flexibility of this unit I am able to bend and twist it in ways I never thought possible. Let me give you a brief overview of my setup. 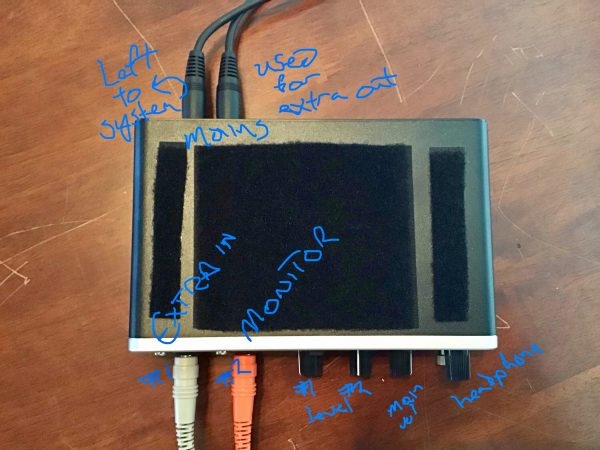 Typically, musicians run the sound out of their instrument to the sound board, and then the sound board returns their sounds in a monitor channel that allows them to create a mix of the band for monitoring. If you run a shared monitor send it can get dicey as musicians always want to hear themselves higher than the rest of the band. Having spent many years in this exact scenario, I came up with clever solutions to allow me to hear myself, which usually involved several pieces of equipment to create a mix between my instrument directly and the sound system monitor send. The U-PHORIA UMC202HD allows me to not only send a signal to the house, but also to mix and monitor the system at the same time. All from one box!

The venue I play at runs mono- they get the left channel out from the U-PHORIA UMC202HD. The monitor send get plugging into input 2. In my software, Mainstage, I set up an audio track that uses input 2 as it’s source and pan that track all the way right. Then I simply plug some in-ear headphones into the front headphone jack and viola! Full independent control of my own volume versus the monitor mix. The output to the house is controlled by the main volume knob and the headphones are independently controlled with their own level.

Eventually I will write up a full tutorial on how I have this configured, but for now I will tell you that it is the best thing since sliced bread. I went from carrying a bag of equipment, to a laptop and the audio interface. Gigging has been greatly simplified.

But Ben, how does it SOUND?

Simply put, it sounds like a device many times its cost. The clarity is astounding! Sound comes out rich and full, faithfully replicating whatever I throw at it. And the noise when nothing is playing is simply non-existent. My venue has terrible ground loop issues that cause major hum. My prior setup always had issues, bad enough that I put a sound gate on the end of the chain, and so did the sound board. The U-PHORIA UMC202HD is completely silent! Even with the volume cranked there is no noise in the system. It also eliminated several potential ground loop issues since it is powered from the laptop itself.

I prefer Mainstage for….pretty much everything. It has a great set of preset sounds and it is super easy to create your own. The U-PHORIA UMC202HD integrates seamlessly. Just plug it in and the inputs and outputs show up right away. The input volume knobs on the U-PHORIA UMC202HD help regulate the incoming monitor volume, and the selector buttons let me bump the signal up or down, depending on what is coming from the house.

Would I buy it again?

In a heartbeat! This is definitely a device I recommend to anyone needing a kick-butt audio interface and is on a budget. In fact, there are models with more inputs and I am contemplating getting one and using it to manage all the devices and audio sources in my office!

Do not let the low price fool you, the Behringer U-PHORIA UMC202HD is a great piece of hardware. It allowed me to replace at least 5 pieces of equipment! I would definitely buy it again and heartily recommend it to all you readers.

Running a speaker level, or amped, send into the U-PHORIA UMC202HD could be disastrous for both the unit and the computer connected to it! To get around that I carry a Rolls PM52 Headphone Tap. It takes in a speaker level send and gives you a knob to control its output level, making it perfectly safe for headphones, or the audio interface.

Most sound systems want you to convert your signal to XLR for input to the sound system. The Radial Pro line of direct boxes cannot be beat! They will send a clean smooth sound to the system that is as close to what is in your ears as it gets. The cases are also a highly durable metal.