I was avoiding getting a crab, but since I put this Emerald Crab in the tank she has become my favorite! Fascinating to watch.

I had the distinct pleasure of joining Seattle GiveCamp again this year. For those of you who do not know, Seattle GiveCamp is an organization that puts on an annual weekend hackathon in support of local non-profits.

This year, Seattle GiveCamp 2019 supported 10 non-profits (see the list here) and there were about 100 volunteers, and one bunny!

WordPress has definitely grown in favor over the years. The majority of projects were WordPress, with one ASP.net, a couple Wix, and one Squarespace. I provided assistance to most of the WordPress based projects, but my main focus was Transplant House.

Transplant House (LINK) provides move in ready apartments to individuals getting transplants. Housing in Seattle is in short supply and they provide a vital service wherein transplantees do not have hunt around and sign a long contract on a place to live. They are already worried about enough with the transplant!

While many of the projects were sprucing up websites, Transplant House has a large technical need. They had been operating entirely manually, with spreadsheets and paper processes. Their ask was for an automated process that took in guest applications and walked them all the way through the interview process, to apartment booking, to checkout and billing. It was a big ask for a weekend project, but my team NAILED IT!

The team was not too familiar with WordPress, but we figured out a workflow and everyone pitched in- lots of learning took place. The team naturally split itself into: developer, project manager/QA, data scientists, form creation specialists. Yes, we had fun with our titles! In the end we not only delivered a working solution, but also pages of user documentation, roadmap for improvements, video documentation, and walked through it with Transplant House several times to ensure it met their needs.

Transplant House is thrilled with their new system. I am excited to hear in a few weeks as to how it is working out for them.

I cannot wait until next year. If you are in Seattle, join us in 2020! You do not have to be technical, there are lots of non-developers tasks to go around.

I have a 2002 Jeep Grand Cherokee, with the v8 4.7 motor in it. It is a powerhouse…well, it was a powerhouse. Lately, there have been power issues.

When attempting to accelerate quickly, the Jeep would lose power. It seemed stuck at 3,000 RPMs. The transmission was acting funky and would not shift when it needed to. Going up hills was a real bear.

A few weeks ago I noticed the Jeep having issues, and then a check engine light came on. It indicated the upstream O2 sensors needed to be replaced. I drove around like that for a couple of weeks before changing the sensor. I believe that may have, in part, lead to my current predicament. The inside of a catalytic converter looks like a honeycomb, or imagine a bunch of tiny straws taped together. When the upstream sensors failed, the computer did not know what to do to make the motor run properly, so it dumped a bunch of extra fuel into the engine. The catalytic converter’s job is to clean up any junk left in the exhaust, including that extra fuel. It can cause clogs. I am sure this cat was already in poor shape and this was the final nail in it’s coffin.

Now, the 2002 Jeep Grand Cherokee has three catalytic converters on it. Two are directly off the exhaust headers. Those combine in a Y pipe that leads to the third cat. That cat then exits to the muffler and out the rear of the vehicle.

Figuring out which of the three cats went bad can be a pain. With a friend’s ODB tool we made an educated guess that the secondary cat was the problem child and the others were fine (their O2 sensors should have given an indication if not). Catalytic converters are expensive though! So before going and spending a bunch of money on things I wanted to make sure this was the issue. That can be done with a test tube.

Test tubes used to be a thing you could commonly buy, but I think they may have been abused by people not replacing the cats. By the way, your car is required to have a catalytic converter by federal law! Test tubes are simple to build yourself though. To get one into the Jeep, all I did was pull out the trust saws-all, cut the pipe a couple of inches on either side of the cat, and slide new pipe in. The whole operation took less than an hour. Now I can drive around for a couple of days to see if the proper power is back before replacing the cat, or I will know the other two cats also need replacing and have to dig deep into the wallet.

Here are a couple of pictures of the whole operation, and oh boy is the secondary cat clogged! My fingers are crossed the other two are ok. 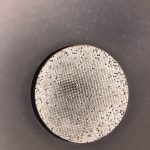 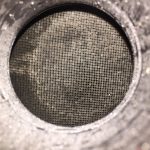 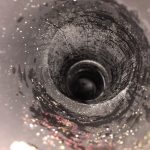 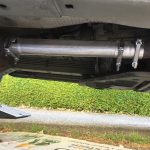 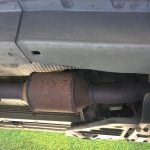 Video of the difference in sound

There he was, and 8-10 year old boy running down the street, with a big happy grin on his face. I would not have thought twice, but there were no parents or families around, and he was flapping his arms like a baby bird struggling to take flight.

The Silver BMW behind him drove slowly with its hazards flashing. As I drove nearer the boy I could tell something was not right with him. I rolled down the driver side window as I drew near the BMW. “Is that your kid?” I asked. “No,” was the response. “Do you know who he is.” Another negative. I continued to drive away but something did not feel right.

As I watched the boy in the rear view mirror, three other cars stopped near him but no one made a move to get him as a parent would. At the nearest driveway I turned around and raced back to the other cars. “Anyone know who that kid is.” A chorus of “no” echoed back. “Anyone try talking to him?” The guy in the black smart car responded, “I tried, but he ran away.” “I am calling the cops,” was my response. They could help find the kids parents, I thought.

As the other cars dispersed, I dialed 911.

“Hello, what is your name and what around you calling about tonight.”

“Hi, my name is Ben, I am on 127th SW and 8th. There is a kid, maybe 10 years old, possibly autistic running down the middle of the street towards a busy street. He is wearing a grey shirt, shorts, and sandals.”

“We will send someone right over!”

As I continued to follow the kid, wondering if someone would call the cops on me, I noticed he was not stopping. If he kept going he would go right out into the middle of a very busy four lane street! I knew I had to act. I pulled the car passed him, threw the gear into park, and hopped out to intercept the kids.

Knowing he might be autistic, I was concerned he would throw a fit, or start screaming, or something if I approached him. As he came near he ran right into my hand. While in the car I had tried to talk to him with no response. I was not sure if he was deaf or not, but I asked where his parents were. No response. I repeated the question a couple times and he then repeated it back to me.  Nope, not deaf, just has communication issues. I asked other questions, “what is your address,” “what is your phone number,” etc. in each case after repeating the question he would say the question back to me.

I had been moving around the street, preventing him from going forward the entire time. He was endeavoring to continue down the road. Eventually he got close to the car and grabbed ahold of the back door handle and said “car.” He repeated this a couple times and I asked, “do you want to get in the car? Go ahead.” With that he leapt inside and immediately put on the seatbelt. Hoping to avoid anyone calling the cops on me, thinking I was stealing a kid, I stayed outside the car and called 911 back to update them on the situation. The policeman showed up a few minutes later with the mother, who he picked up roaming the street looking for the kid.

She was understandably grateful and thanked me profusely.

I may have saved this kid’s life! What if nobody else had come for him and he wandered into the busy street? I had a vivid mental image of him being hit by a motorist, surprised by his sudden appearance on a busy street.

My daddy instincts are kicking in. In a couple short weeks I will welcome my daughter into this crazy world. As I was driving to meet some friends all I could picture in my head was, “what if that was my little girl? What if she was lost? How would I find her?” I am unashamed to admit that I was shaking and a few tears may have escaped my eyeballs.

In this case the mom was in the shower and the kid managed to get out of the house. What would have happened had I not been there? I do not know, but I do know I am glad I was there and I fervently pray that when my little girl needs help there will be other good humans around to protect her.

Let’s promise each other today that we will look out for the vulnerable children amongst us always.

The Jeep gets a new radiator 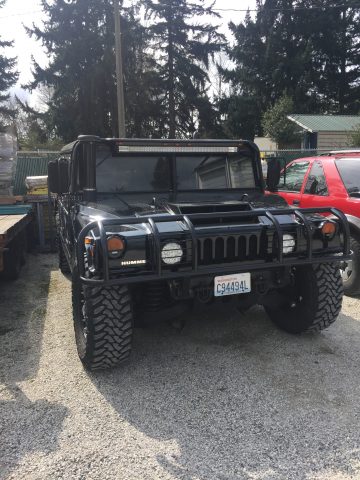 Just kidding. Though I was tempted to trade the Jeep!

My 2002 Jeep Grand Cherokee has been over heating lately. There has been a coolant leak since I owned it, and some leak stop severely gummed up the fins in the radiator. The warm weather brought the issue to stark light.

Spent 7 hours today swapping it for a brand new radiator. Way too long! This Jeep has the 4.7 V8 in it. Lots of power and fun, but the engine compartment is also more cramped. The fan has 4 bolts and one of them was difficult to get as it was behind the steering pump. We decided to pull the hoses off the fan and pull it out as a single unit. BAD IDEA. If you do it figure out how to get the fan bolts out and you will save a ton of time.

Anyways….. we got it done. The Jeep is holding temp rock solid now. And no more leaking!!! 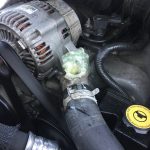 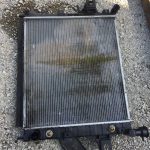 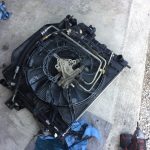 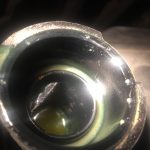 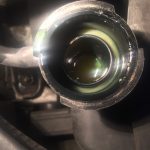