Read the saga below the video

During the winter of 2015 I pulled the 2 stroke 8hp Yamaha outboard off Zippey to bring home and rebuild. It had been a while and she was running a bit rough. I was very proud of myself to rebuilding an outboard motor correctly, the first time. I was overjoyed when the motor fired up and ran flawlessly on its stand.

I remounted the motor on Zippey’s motor mount expecting to have a great summer of fun, however a few weeks after the motor started having issue. Pieces of something were getting stuck in the cooling water outlet. During one outing I had to  clean the outlet every couple minutes to keep water flowing. Ironically the motor overheated and seized up as I was motoring to the boatyard for a haul out.

I replaced the motor same day with a new powerful 4 stroke Yamaha 9.9 high thrust but I kept the old motor around to use as a learning project for outboard internals.

When I got around to playing with the motor I found a significant amount of sand inside it! How it got there I do not know. I cleaned out the sand and reset everything and now the motor is running great! It blew smoke like none other for a few minutes after starting, but that is to be expected after the motor sat for so long. 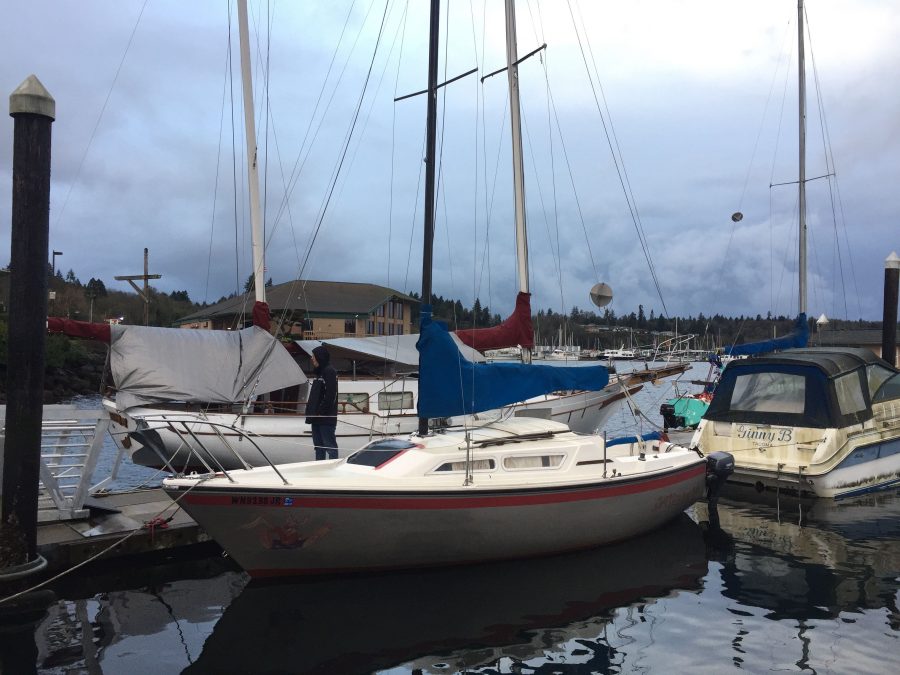 Zippey sunning herself at her new home in Port Orchard, WA

On Sunday I delivered zzZippety Doo Dah to her new home.

When I got Zippey six years ago I had no idea how the simple act of purchasing her would dramatically alter the course of my life. Zippey came through for me in some of the roughest times of my life, never failing to bring peace and perspective. She provided safe passage and fun adventures in the Puget Sound. Zippey brought many years of joy and it is with bittersweet feeling that I pass her along to a new family. Jeff is a member of Footloose and a sailing enthusiast. As a grandfather and lover of the seas I know Zippey is in good hands and will bring joy to a new generation of budding sailors.

I want to provide a few great memories here. With six years of memories built up the list of good times are almost too numerous to count. I encourage you to peruse the stories on this site.

When I purchased Zippey I had never been sailing. For several weeks I would motor out into Sinclair Inlet and practice pointing the boat in different directions and pulling or releasing lines to see what would happen. Zippey was a fantastic and forgiving boat to learn on.

While trying to get a sail in before an approaching storm with a small craft advisory the wind hit a bit early. My 12 year old cousin Cinnamon was piloting the boat as we were hit broadside with a massive gust of with that knocked the boat down, mast in the water. I had been reading about heavy weather sailing and we responded accordingly to recover from the situation and went back to the safety of the marina. I vividly remember and still recount this experience as it was a pivotal learning experience in my sailing education, and a great adrenaline rush.

Running aground in front of a major public park in Seattle with Mike Karikas.

Pleasant days on the water with my girl. Zippey even got the privilege of hosting our engagement photoshoot!

My first boat trip through the Ballard Locks.

Happy sails Zippey. I promise our paths will continue to cross!

I have participated as crew for the Pink Boat in the past, however this year Zippey and I wanted a more active role. We entered late but still managed to raise $850. Thank you to all who sponsored!  Altogether the boats raised $60,592!

Weather the day of the race was fantastic…for sunbathers. The race took place on Lake Union in Seattle. There was little to no wind. For crew I had racers AJ and Shane onboard. It was the first time I had sailed on Lake Union, and AJ and Shane had limited experience also. Sailing in the lake is challenging. The wind conditions are ever changing with the hills and buildings around the lake. In a photo below you will notice my sails on port side while the boat directly in front of me was on starboard, and we were both moving forward on the same angle!

Zippey was in the first start. We started pretty well. Zippey is a small boat and slower than most of the boats in her class but she held her own well as we went around the first mark in 3rd place.

As we came up to the second mark the wind died out. It took 15 minutes to get the few boat lengths we needed to round the mark. While we were coming up to the mark the 3 of us had looked around to determine the best tactic for the next leg. It seemed that what wind was available was in the middle of the lake. As we painfully slowly worked our way out there we watched as the entire fleet got close to the second mark and parked. A few of the boats even had to fend each other off with boat hooks because they were simply drifting without wind. It turned into a big party with cheers and singing. 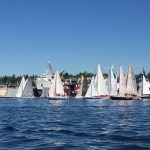 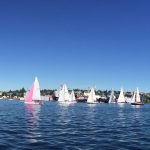 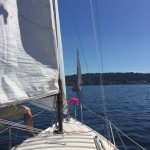 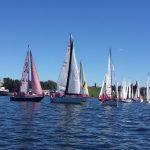 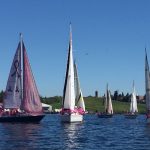 After we had worked our way out to the wind in the middle of the lake it magically disappeared and filled in along the edges. We watched as most of the fleet slowly sailed passed Zippey. The next time around we determined to follow the racers we knew sailed in Lake Union often and went around the edge…the wind died on the edge and filled in the middle!

Zippey had a hard fought battle to get around her 5 buoys but she did it with grace and style. Shane, AJ, and I had a great time out on the lake and were grateful for the opportunity to help out in our small way those suffering from cancer.

I cannot wait until next year and am already starting to plan on how I can dress Zippey up in more Pink! 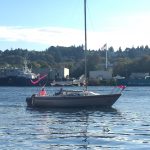 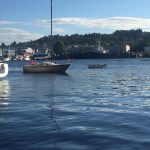 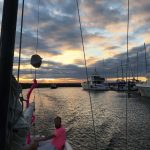 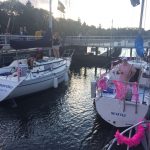 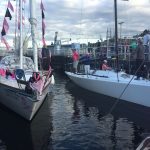 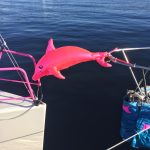 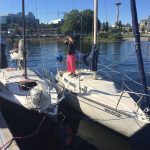 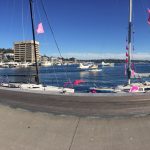 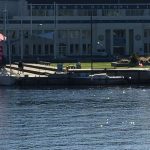 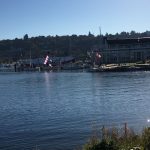 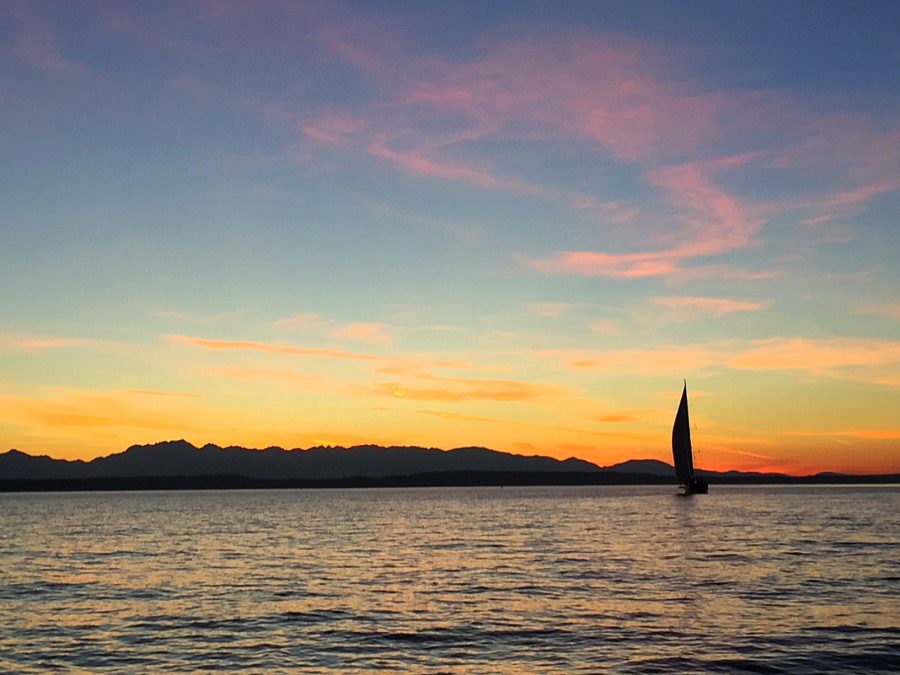