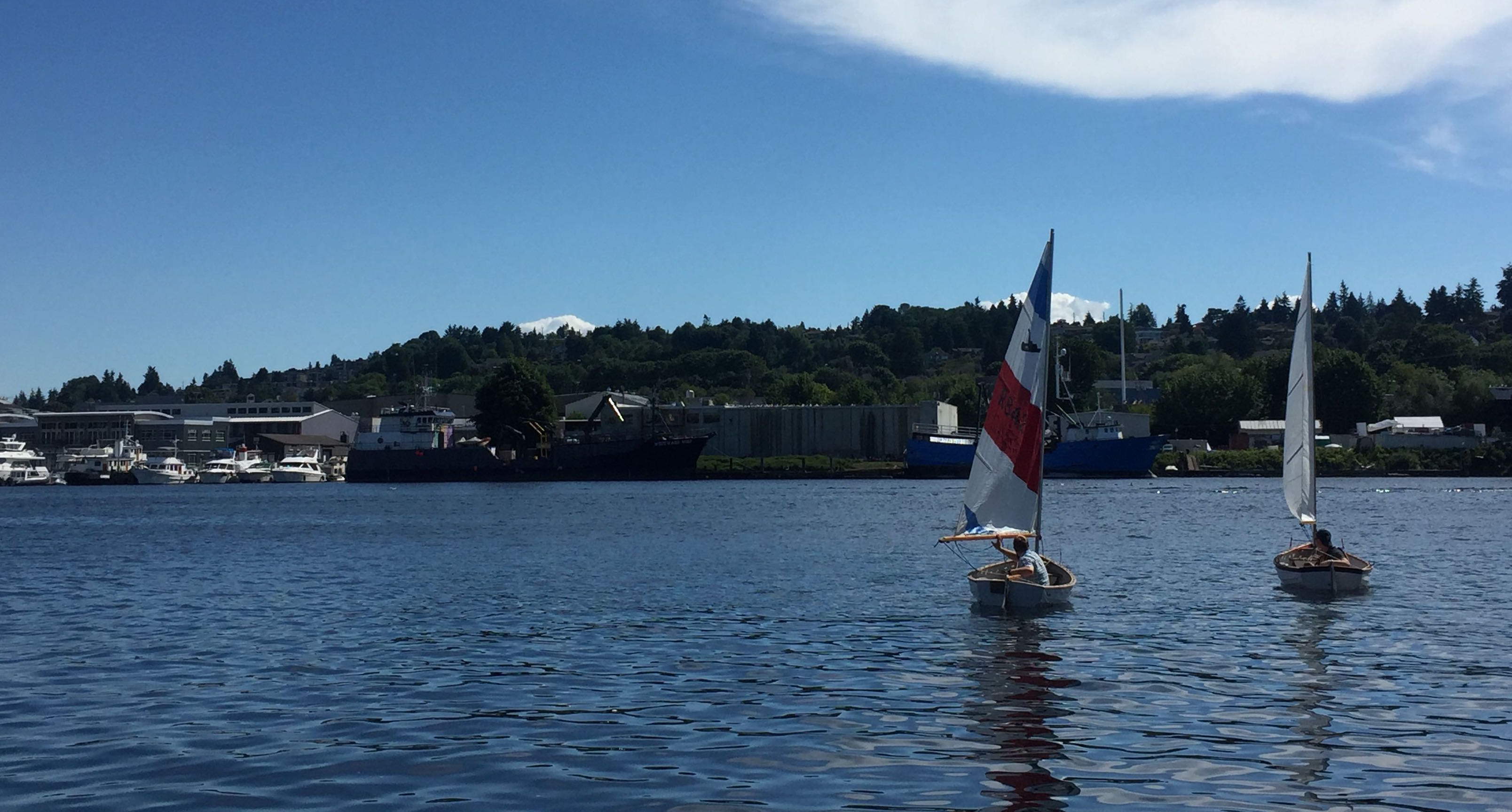 It seems that each year I add a new boat to my growing fleet and 2017 is no exception. I am excited to announce the latest member of the fleet, a Minto that Alix has named Martha.

The Minto is a 9 foot (2.7 meters for my Canadian friend Robert) sailing/rowing dinghy. It was first produced in the 1960s by EDDON Boat Yard and is still in production today by Rich Passage. Over 1,000 Mintos have been built, making it one of the most populous dinghies in the Pacific Northwest. See more at Wikipedia.

I was first introduced to Mintos by dock mate Kemp. He has had several Mintos over the years. He had one he used as a row boat when we first met. He told me it could sail and several months later he got the sail rig out. The first time I saw the Minto under sail I was hooked! Any time Kemp went out after that I would sit on the end of the dock watching him zip around the lake with pure boat lust. I have a problem.

My wife already thinks I have some sort of boat hoarder dementia so in order to get Martha I got rid of an 11′ sailboat and a kayak.

Martha was built by the Ranger boat company and here is how I found her on Craiglist. 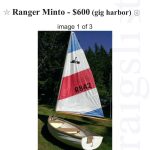 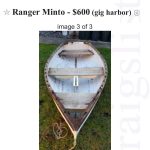 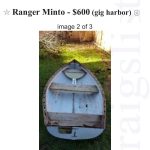 $600 for a Minto is a killer deal. The transom needed some work but it was a typical issue stemming from storing the boat upside down on the ground. Moisture from the grass is sucked up inside the wooden transom and since it is not a teak transom it rots out. The sail rig alone is worth $1,500! 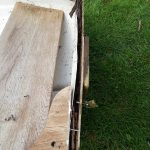 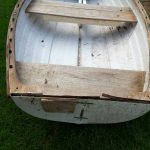 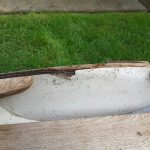 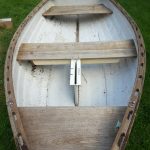 I loaded the Minto on top of my wife’s Subaru Outback and away we went!

She had been sitting outside for a long time and needed quite the cleaning. She came out nicely though! After removing all the gunk Kemp said the hull was in far better shape than any Minto he had owned. 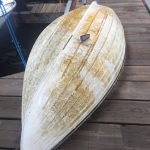 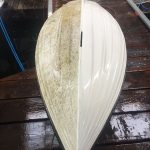 Rebuilding the transom was a relatively easy endeavor. Kemp has rebuilt Minto transoms on previous Mintos he has owned and guided the process. I scrapped the rotten wood from between the fiberglass, thoroughly dried the interior, applied System Three RotFix, and inserted some good new wood into the transom. My good buddy David free handed the transom cuts. The board had to be both cut to fit the sides and cut down the middle because it was too thick. David is a carpentry monster. 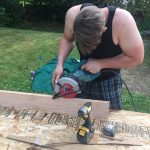 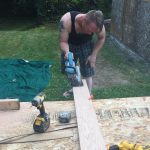 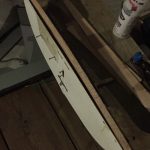 After the epoxy dried in the new transom David came over for the maiden voyage. David sailed Kemp’s Minto while I hopped out on Martha. 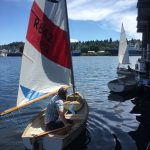 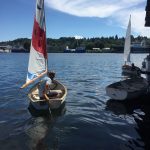 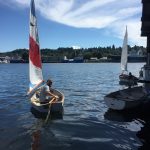 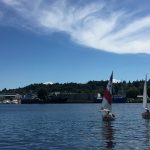 Alix and I have had a ton of fun with Martha this summer. She is tied onto the swim platform of our live aboard. We are able to quickly step into the boat and be off on an adventure! 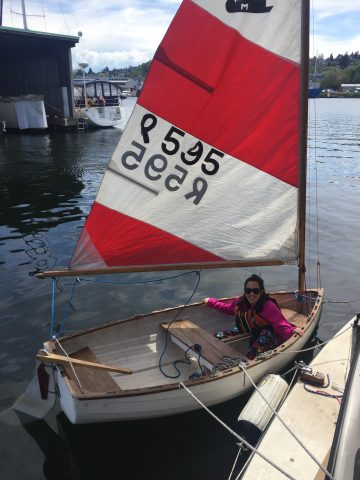 Martha has joined S/V Billabong on longer sailing adventures as a ship-to-shore boat on several occasions.

And my buddy Robert (yes the Canadian mention previously….) even came down and raced Martha in the Duck Dodge. He did a pretty dang good job too! 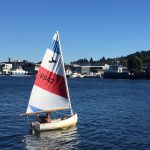 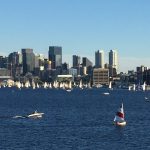 This Minto may be the most fun boat I have owned to date. She rows like a champ, easily taking Alix, myself, and our two dogs miles with ease, and she sails beautifully. If you are looking for a rigid dinghy that can row, sail, and even handle a small outboard I highly recommend considering a Minto!

DISCLAIMER: I picked up Martha in April 2017. It took me till November 2017 to write this post! I was having too many adventures with Martha to have time to blog!

22 thoughts on “Meet the Minto- Martha”