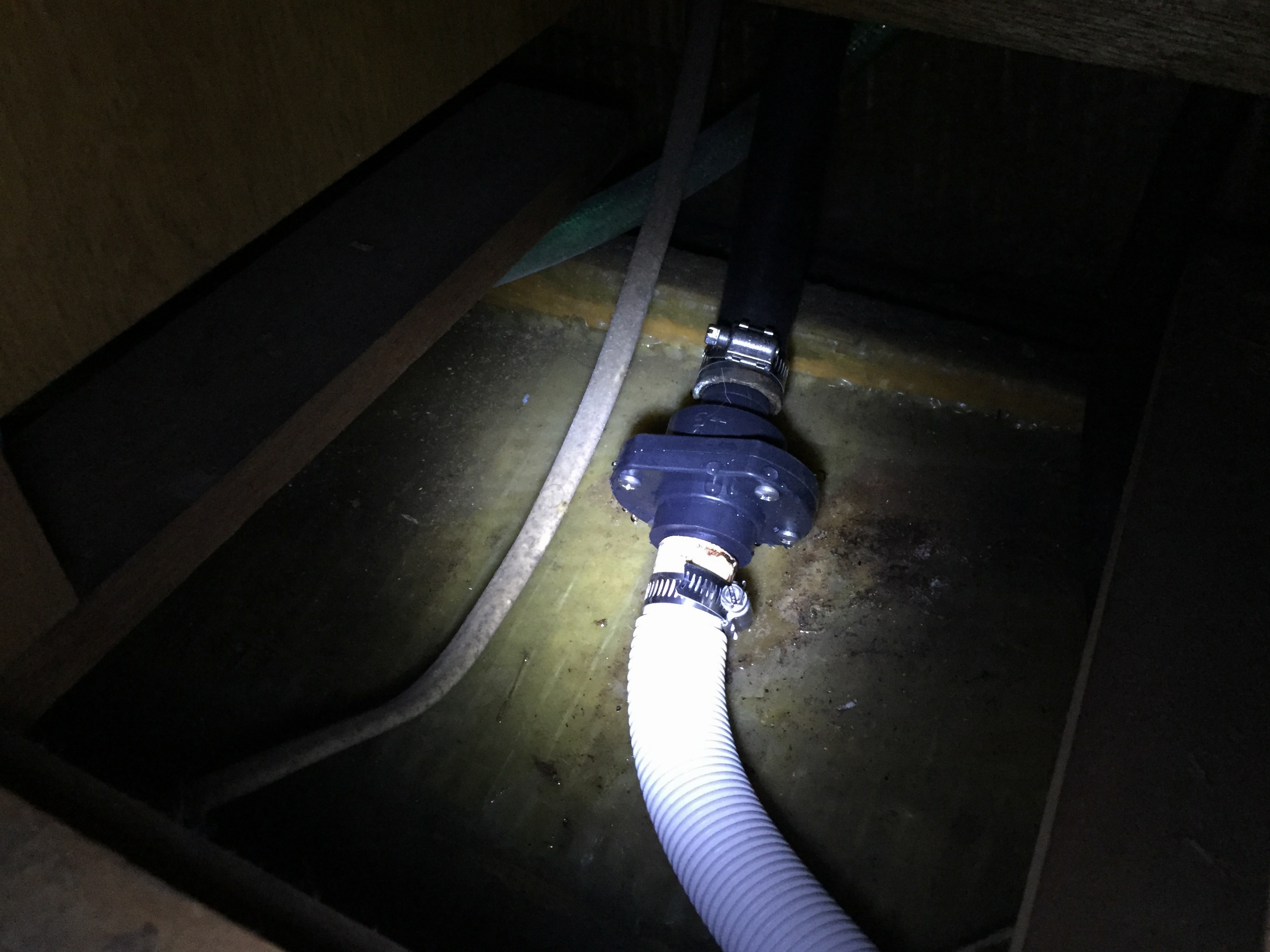 When using the shower the water drains down into a holding tank. Inside that holding tank is a bilge pump that has an internal floater which detects water to activate the pump. From the pump there is a six foot rise and a seven foot run to the outlet.

Some bilge pumps are not powerful enough to pump up to such an extreme. Penny’s pump is more than powerful enough, however when the water level in the tank falls below the floater the pump shuts off and due to the long run there is still water in the outlet hose. The water in the hose drains back into the tank. The float then activates the pump again until all the water is back in the hose. This process typically repeats itself dozens of times.

Today that issue has been resolved with an inline check valve! Check valves allow water to flow only one way, in this case out the outlet. And water trapped in the hose stays trapped in the hose and the pump no longer cycles. You may argue that it is not a good idea to let water sit in the hose, and maybe you are right, but the pump peacefully resting instead of noisily triggering over and over is worth the possibility of replacing the hose in a few years. 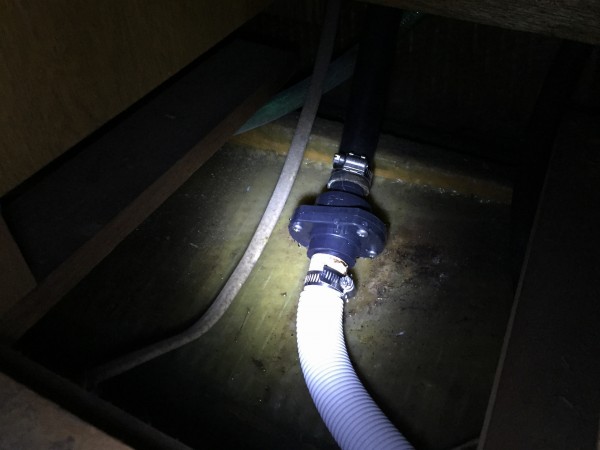