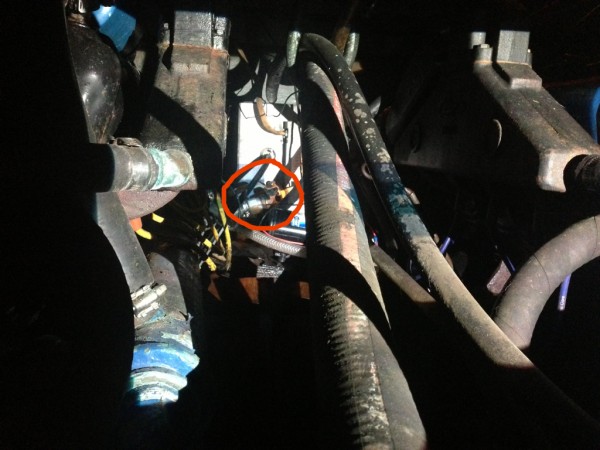 When you live on a boat finding ways to conserve water becomes almost an obsession. I do not have the luxury of a fat pipe of water coming off the city line giving me a constant supply, instead I have a tank that sits beneath my floor (two in fact). The level has to be monitored and ideally refilled before the tank runs empty and air bubbles are introduced in the line. The tanks going empty runs the risk of burning out components expecting water to be there.

Penny has 2 35 gallon tanks. Those tanks should last a good while and yet they were emptying every one or two days. I was having a really hard time believing I was going through that much water and it bothered me to think I was using that much, then I was away from the boat for a couple days… When I returned there was no water in the system that I had filled before I left. It happened a couple more times and I knew something was up. I hunted around and could sometimes hear water dripping but not consistently. One of the bilge pumps would kick on several times a day and dump a few gallons overboard, revealing the leak was not insignificant. There was a ghost in my system somewhere and I finally located it this evening.

The culprit was living in the connections to the inlet on the hot water tank. The previous owner replaced the steel pipe flange but it had come loose. I am guessing from a combination of heating and cooling with the motor running and all the vibration that comes along with it. Some silicon tape and a flat head screw driver and the problem seems to have gone away.

The issue was on three connections.

The connections had come so loose that wiggling the hose caused water to spray across the engine compartment. Simple and free fix and the system has been holding water now for almost an hour with no leakage!