As part of the electrical overload which damaged several ship systems the water pressure pump was damaged. I found this out one day when I was in the shower. I had just finished soaping up when the water sputtered a few times and simply quit, leaving me covered head to toe in soap. Not a pleasant situation to be sure.

When I told Josh what happened he descended into the abyss of the engine compartment to see what the issue was. Turns out the electrical overload that blew the battery charger had also dumped too much current into the water pressure pump and blew it out. Off to Fisheries I went to see how deeply my wallet was going to be hurt. To my utter surprise the water pressure pump for my boat is cheap! I picked it up straight away. Josh came with me to ask the plumbing department some questions about his own water system. Turns out his water pressure pump was bad as well but that is just a coincidence. 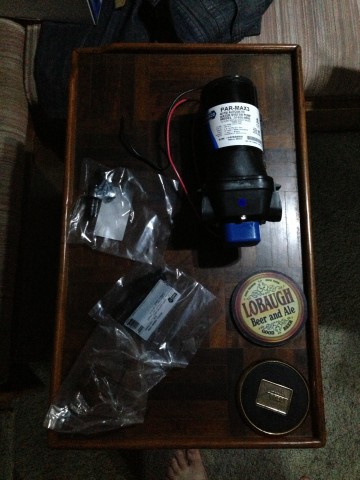 Josh guinea pigged replacing a water pressure pump on my boat and once again hopped into the engine compartment to replace Penny’s pump. 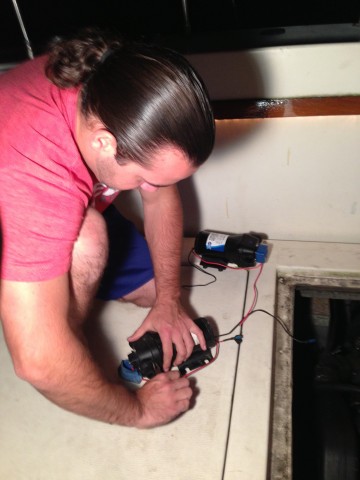 It only too a few minutes to pop the hoses onto the new pump and transfer the electrical wires and Penny was back in business. The water never tasted fresher and the shower never felt better! 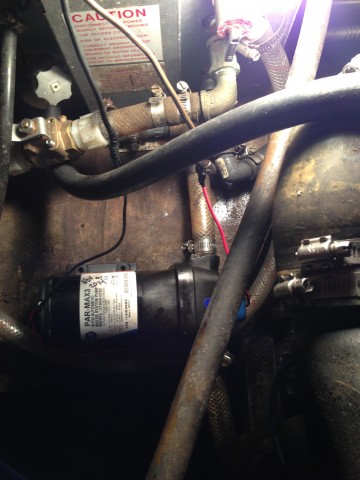