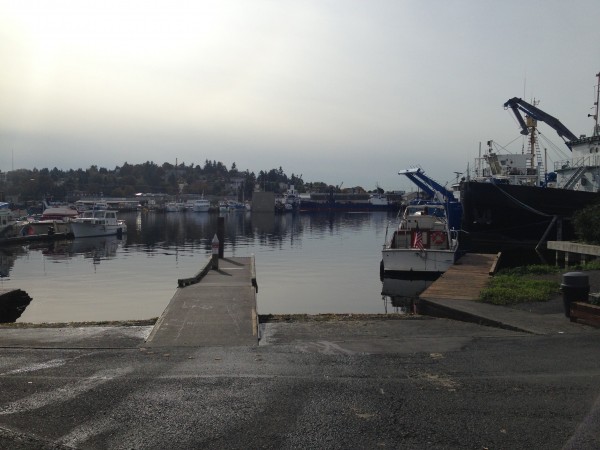 Penny became mine several weeks ago with the idea that she become a liveaboard and my primary residence. Rent rates in Seattle have skyrocketed in just the past couple years and living on land was fast becoming economically infeasible. With the idea of finding something more economical Penny sorta fell into my lap. Today the liveaboard dream I have had for several years and the huge cost saving benefits of living aboard have been realized in the form of Stimson marina on Lake Union.

My dear friend Josh, whom I have known since age 5, and I both acquired boats at the same time and somehow we both landed liveaboard slips at Stimson. This after being told we would be waiting months or years to get into one. Not only did we both acquire slips we found slips right next to each other!

When I purchased Penny she was at the Fairview marina on South Lake Union. To get her to Stimson I had to travel up the channel toward the locks. Josh and I moved in to Stimson on the same day. Josh’s Bayliner’s motor was not running so we arranged to meet at a public launch in Ballard so I could pick him up and tow him to Stimson. 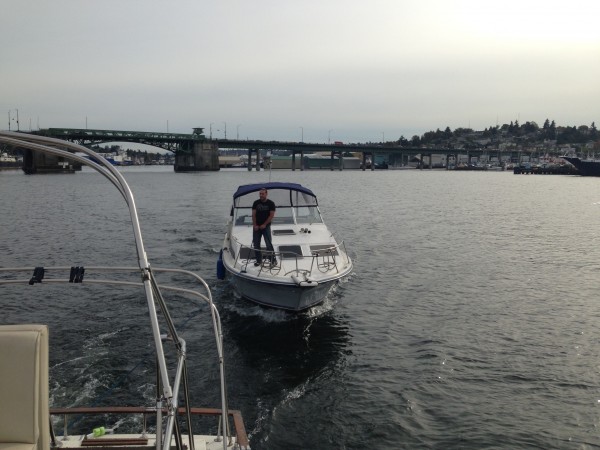 Penny is a pretty powerful gal and she towed the Bayliner no problem. Once we got to the marina we had the issue of how to get Josh close enough so he could jump up on the dock with a line from his boat. Our friend David came along with us to help out. I nosed Penny as close to the side as possible without bumping the pillars and David and Josh were able to work the Bayliner into position while I barely avoided ramming into the dinghy hanging off the rear of the boat next to me.

We got all in safe and sound though! The trip was anticipated to be completed in 2 hours and instead took 5 from beginning to end. Now after years of dreaming of living on boats Josh and I have our boats and we are right next to each other! 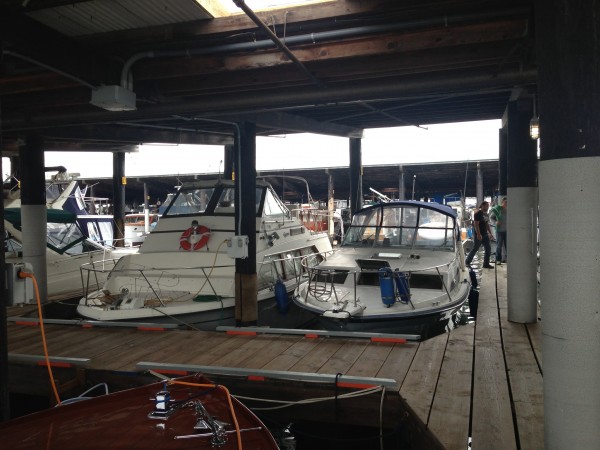 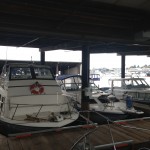 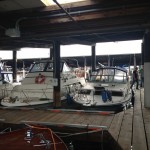 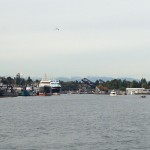 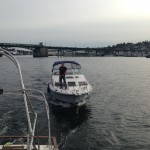 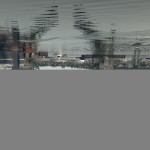 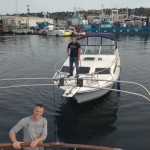 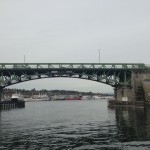 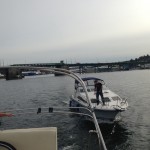 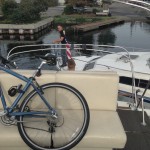 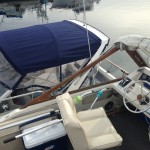 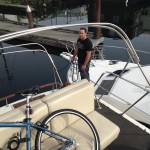 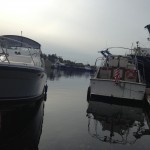 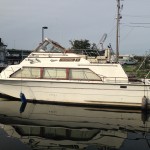 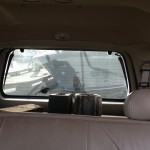 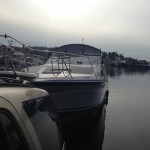 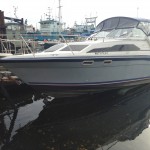 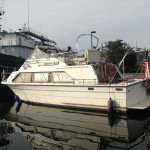 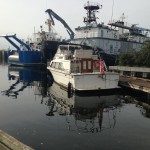 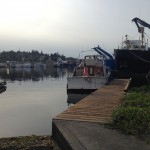 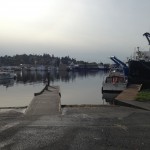