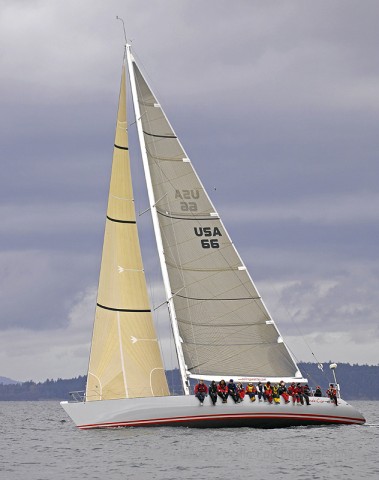 When she is not out racing, Neptune’s Car is used by Sailing Seattle as a private charter. Several times a day she takes enthralled passengers across Elliot Bay in the Puget Sound. A friend was in town for a visit so I booked us on the 2.5 hour sunset cruise and after talking to the 2 crew members for about a half hour they asked me to take the helm, which I piloted from for the rest of the cruise! 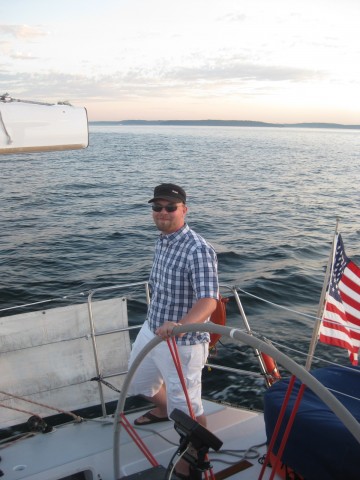 She is big, she is beautiful, handles like a dream, turns on a dime, and cuts through the water like a hot knife through butter.

Law regulates the maximum sail area for charter boats and she had an 85% headsail up. The crew guessed she would make around 12 knots as a general max, but the wind had gone down significantly through the day and was pretty low.Even still I got her up to 11.9 knots and quite impressed the crew and myself, though I think I scared the daylights out of the passengers since I had her heeled over so far her rail was almost in the water.

It is not a night I will soon (or ever) forget. Sailboat racing has forever injected itself into my blood stream and I have to have more!

EDIT:: Snapped a picture of her docked the next day 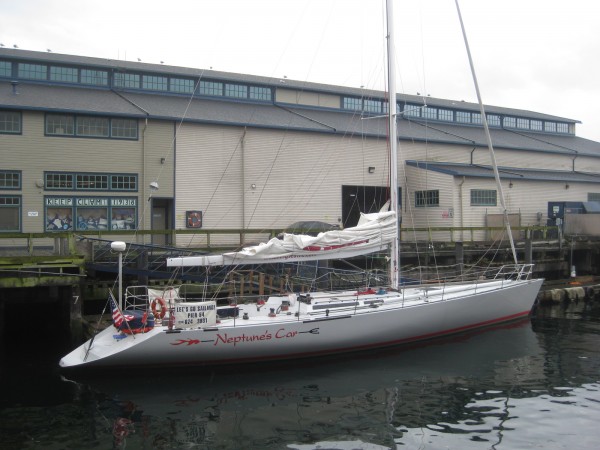 One thought on “Piloting Neptune’s Car”