January 12ish of 2012 proved that not only is the old adage that women are bad luck on boats a real thing, boats are also highly jealous. “What the heck are you talking about Ben?” That was the last time I used my sailboat, not through my own desires. As you know I love sailing and I love my boat. It just so happens that on that fateful day I took a girl out for a romantic sail and lunch. Zippey did not like that too much. The motor wound up cutting out as we were coming back to dock and would not fire again. I barely got the girl on to shore in time for the ferry trip back to Seattle. Most of the rest of the year I was jobless and unable to get a new motor. Well no longer! Today I acquired a 1994 Yamaha 2-stroke 8 hp longshaft. It fires on the first pull and purrs like a kitten. Not only is this motor several decade newer, it is also a few dozen decibels quieter, which is always nice when there is no wind and you want to talk with passengers or crew.

I was unfortunately not able to get the boat out of the marina today, but it will be soon! The weather has been amazing lately and poor Zippey has been sitting tied up to her moorage for far to long. She wants out and she wants it now! 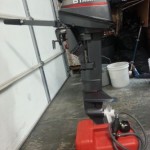 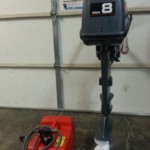 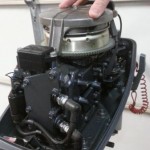 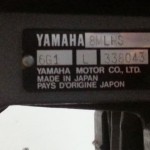