Picking up the boat

My uncle Jimmy retired several years ago and as a retirement project he picked up a couple boats, one being a 26 foot 1976 Reinell cabin cruiser. His other boats were small day boats, however he wanted one he and my aunt could cruise around in for weeks at a time. The Reinell was purchased as a project boat, however shortly after beginning work on it he became ill and died. It sat in a half finished state at the boatyard for about four years. The boatyard owner finally got tired of it sitting and called my aunt to tell her to pay the back bills and get it out of his yard or he was going to take possession and sell it. Knowing I like boats she told me I could have it if I paid the bill ( which was tiny, especially considering the value of the boat! ). I of course jumped at the opportunity to take possession of the boat.

My buddy Jordan volunteered his truck ( and his property as storage ) and we set off on an adventure to tow a huge 26′ boat. We left his place a bit after 8am and returned victorious at about 8pm. Due to sitting for almost 5 years the boat needs a serious cleaning, and the interior is the original 70s interior, complete with shag carpet and orange vinyl seats. We are still working on a plan to “pimp that boat”, however it is known right now that all the interior is coming out and a new color painted on the exterior.

Here she is on her trailer home. Notice the flybridge with a nav station. Also in the main cabin is the full nav station. The boat can be operated from either. In the cabin is a 2 bench table that can be converted to a queen bed, a decent sized galley, a nice head, a vberth, and a couch. More pics as the project progresses. 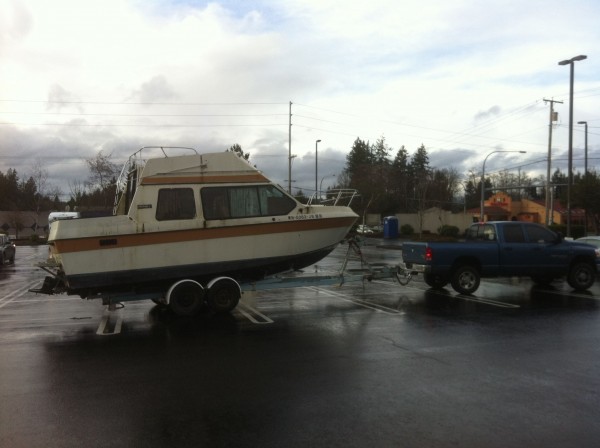 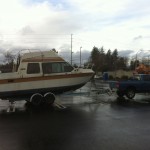 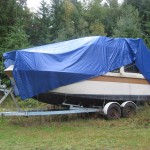 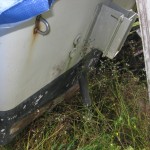 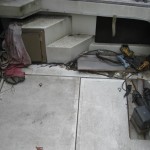 Pre-pick up: Back deck 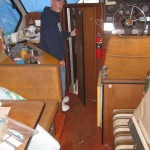 Pre-pick up: Cabin ( other uncle ) 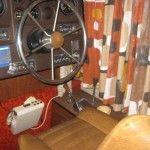 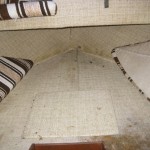 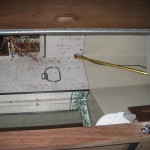 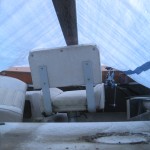 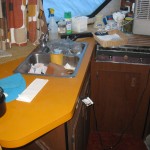