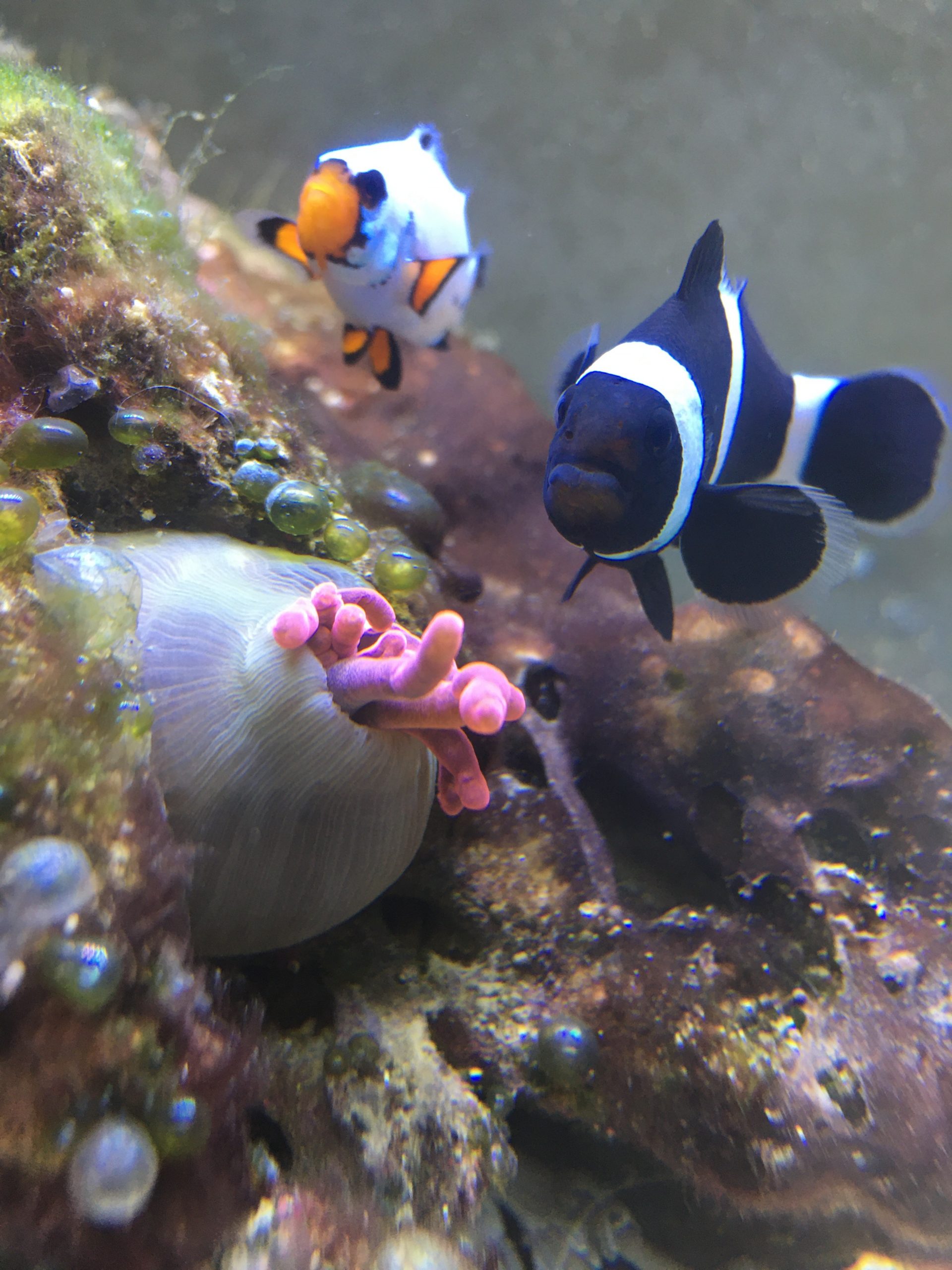 Today ends the second week of the new saltwater nano reef tank. Here is the update on the cleanup project.

The tanks started out overgrown with algae an aiptasia. The tank had crashed. Here is a photo of how it started. 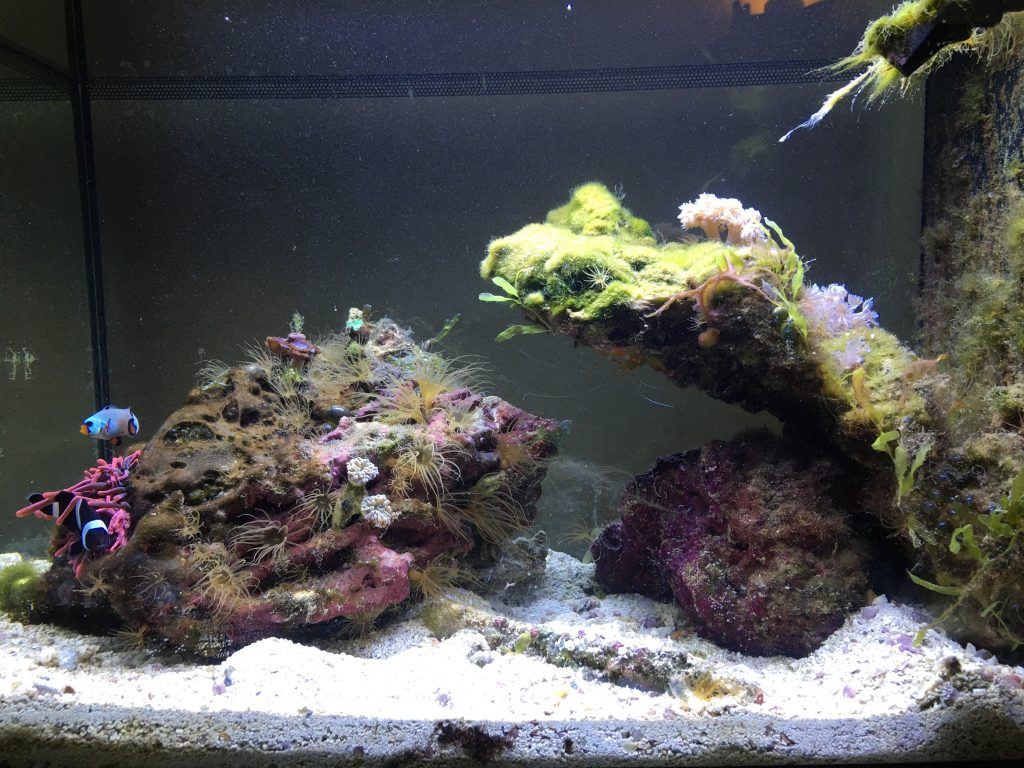 I am dedicated to bringing this tank back up to snuff and giving it back to my buddy looking like the beautiful reef it should.

I started by removing all three large rocks for cleaning. The rose bubble anemone refused to be moved, so I wound up leaving that rock in. You can see the anemone on the left most rock in the above photo. Leaving that rock in has made the revitalizing of the tank more difficult as I have been unable to simply kill off and scrub it like the other two rocks. Minor speed bump!

Later, I took a good look at the default sump configuration and was not too thrilled with what I saw. The built in sump is convenient, and certainly makes this tank much easier to maintain, but it has not been doing a great job out of the box. There are three chambers, in the first chamber was nothing but water. The second chamber held a highly porous black sponge that contained a tiny bit of activated carbon and even less bio material. Not nearly enough bio material to build the level of beneficial bacteria I would like to see.

For the short term, I need to be collecting junk in the water, which the black sponge cannot do. I pulled that and the carbon out, then dropped the bio material to the bottom of the second chamber. Then I took filter floss and stuffed the second chamber full. The first chamber was still empty. Here is a photo of the water change 2 days after updating the sump. The filter looks whiter than it really is in the photo, it is dark brown. 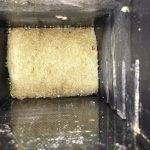 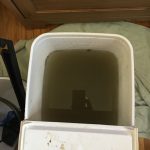 Yowza! That is some gross water!

Both chambers one and two now are packed with filter floss. More bio media should be arriving shortly, and that will fill most of the second chamber. There are other specialty saltwater gadgets that could be used, but I am attempting to keep this as simple as possible.

The sump pump was also replaced. It had an anemic 80 gph pump in it. Or at least it felt like the same output as my other 80 gph pump. A 200 gph pump replaced it. This provides much better flow that everyone in the tank seems to be enjoying. The water is much cleaner as well.

Removing the other rocks helped the stock feel much better. Everyone is more active now, especially the shrimp, which had stayed in one place for the most part. I also picked up some cleanup crew to assist:

The anemone was looking depressed initially. I fed it some brine shrimp and the next day it looked better. I have been feeding it directly every other day and it is looking happier now. It has fully emerged and opened up, and it’s arms are floating up again.

I have been heavily consulting with a couple pro saltwater buddies, Josh and Jordan. Their guidance has been invaluable. Barrier Reef Aquariums has also been critical to the success of this rehab. I highly recommend you check them out if you are in the Seattle area.

Here are some photos of the tank now: 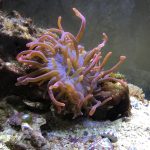 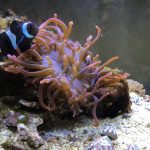 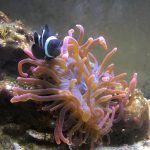 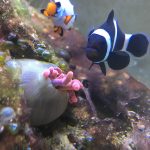 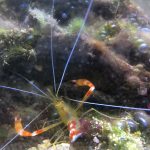 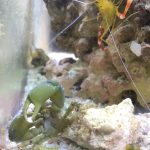 Click on this link to see a video of the Emerald Crab dining on some algae.