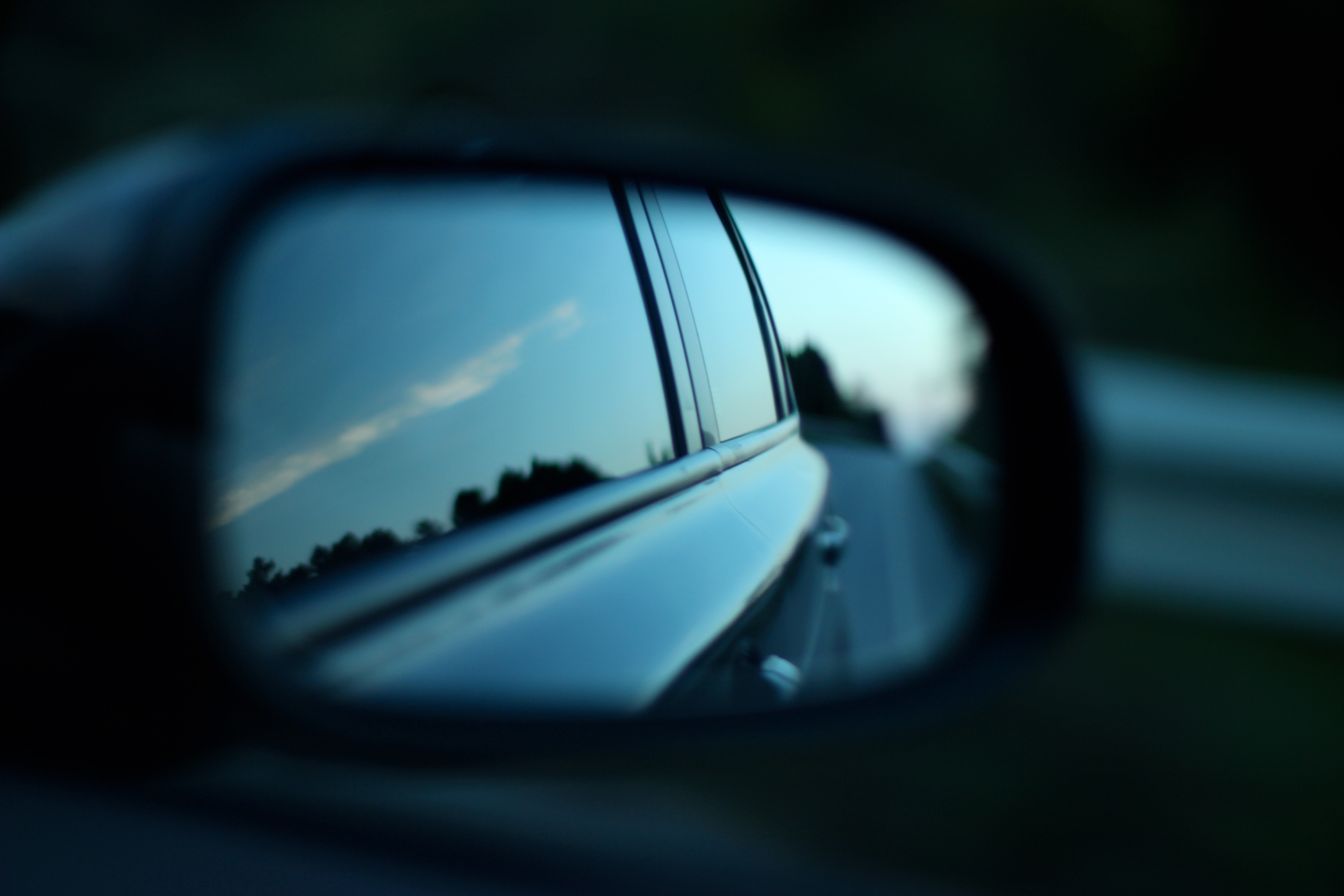 2018 was a big year for me! Another amazing year of growth.

I am going to go into detail in a bit on my vision, but first I wanted to take a few minutes and talk about focus. I had a lot of irons in the fire in 2018. Any one of them would have been gangbusters if it had taken off, however, with so many things going at once I want not able to give proper attention to any of it. I have always been a guy who shoulders a lot of responsibility. I loved everything I did in 2018, but looking into 2019 I am going to be trimming the fat- once again.

Let’s go over some of the major highlights before diving into the vision update.

These are in no particular order.

Alix and I went on our first extended cruising trip together. We toured the beautiful San Juan Islands for a blissful two full weeks! I had never been to the San Juans and Alix had only been a couple of places. The island chain is stunningly gorgeous. There were boaters all over, but we kept our marina stays to a minimum and were able to avoid most of them.

Winds were flukey, as they tend to be around islands. We kept the engine running most of the time, motorsailer often (where you use the motor to generate apparent wind for the sails), and sailed disappointingly little. The massive forest fires in Vancouver, Canada had smoke settled over the whole region, so thick that it was like brown fog everywhere, but we did not let that slow us down! We hiked, swam, lounged, and read lots. Even met up with fellow Shilshole Bay Yacht Club (SBYC) members Larry and Sharon for a great dinner aboard their boat Antares in Deer Harbor.

All in all, it was a fantastic trip. Alix is already scheming on how we can stretch it to three weeks in 2019!

Baby on the way!

Alix had been feeling odd for a few days after returning from our sailing trip. We found out she was pregnant! We are expecting our first child, a little girl, in April of 2019. Don’t worry! We are not going to let a baby slow our sailing down any. We have been getting lots of good advice from friends who live aboard sailboats with babies, SBYC members, and the Giffords from Sailing Totem. They are from the Pacific Northwest and spoke to our club after returning from a ten-year circumnavigation (sailing all the way around the world!). They wrote the book on Voyaging with Kids.

I picked up a house hack. A house hack is a house that is purchased and you can live in part of it while renting the other to pay the mortgage. We snagged a large two story house. The lower unit needs a full renovation, and the upper is livable but does need some big renovation to make it modern. We are living in one currently, while building out the other. The goal is to have most of the renovation in both units done before the baby arrives.

By the way, I picked up this property without a dollar coming out of my own pocket. Read how I did it in here .

I partnered with a good friend on a business venture that started in 2017. It was exciting and had huge promise. I was all in on it. When we started the business it was with a grand dream. We worked hard and pushed the company to grow. There were three employees hired in the first quarter of the year. Unfortunately, my partner and I had different ideas about the company we wanted. Neither idea was wrong, but they were mutually exclusive of each other. So we called it quits. He took the company to the other side of the state with his family, renamed it, and is doing well for himself. I am glad to see that. My hope and prayer is that the company supports him and his family well in the years to come.

I am very proud of this! My first full season as the owner, captain, skipper of a racing sailboat. Granted, Billabong’s “racing” design is from the 1980s and does not compete with modern races boats, but she does great against similar boats in her class. We had a bumpy start in the first of three series; in the second series we moved up in rank, and would have been first if not for a modern racer in our class; during the third series, we dominated! It was like the turbo button had been hit. The crew was perfectly in sync and everything we did went off flawlessly. It was thrilling.

Over the winter we decided to step it up a notch and enter the spinnaker class. Billabong is not rigged well for spinnaker, and we have not flown it before during a race. The other spinnaker boats have been racing with spinnakers for years and are really dialed in. We did a great job and really made them work for their wins.

I saw a stat somewhere that the average person reads only a handful of books after graduating from college. That is not my style- I love reading! Last year I read something like 42 books. I wanted to push myself and see if I could read 80 books in 2018. I killed it at 89, and that was easy. I read primarily business, personal growth, coaching, and real estate investing books. I gained a lot of knowledge from books this year, but I also found that while 80 books was easy to hit, I have not retained all the knowledge. I kept going from book to book without a pause to really absorb the knowledge and let it sink in.

I am tracking the books I read on GoodReads. Become my GoodReads friend.

Footloose Sailing Association, a non-profit that gets sailors with disabilities out on the water, has a few old boats that are showing their age. I am currently Vice President of Footloose and I put forth a vision to get the two Columbia 21s replaced. We were able to raise enough money to purchase a new boat! Footloose has been in operation for 28 years and I want to ensure we are positioned for another 28 years of operation. This new boat puts us well on our way.

Ok, you still with me? I know this is long, and really only good friends and family will read the whole thing, but I do not care. These year-end posts are mostly for myself, to look back to my life with. If you have read so far props to you! I hope I am providing inspiration.

Update on the vision statement

To date I have completed/am currently doing:

Over the year I gained respect and trust as a coach and a team trainer. There were some great events and fantastic coaching sessions.

Vision: Let my money make me money, not me making money

This is my fun vision! Building businesses is exciting. This year I lost one business :(. That loss was humbling and has helped inspire me to drive harder into the future with businesses and partnerships.

The percentage of income did not reach as high in the “from business” category as I had hoped, but it was a year of great learning and 2019 is poised to be a business growth year.

Vision: Build an ever improving relationship with my wife that others coming behind can model after

Woowee! The relationship with my wife helps drive every other area of life. When our relationship is good I am motivated and take on the world. When it is not going well I lay around without energy to do anything. The impact she has on me is astonishing.

This has been a huge year for Alix as well. Everything listed above, in addition to several of her own ventures, including running her own business and starting her teaching career.

With all the change it would seem that our relationship would be suffering from chaos, but quite the opposite has happened. I feel closer to my wife than any other time. We are more in sync and operate better as partners and a team. 2019 is set to be a great year for our relationship. The addition of a new member of the family is going to be an interesting one too!

If you read all of the above, you are probably scratching your head, wondering how in the world this vision fits in. I have always been a busy person, very busy. Everything you read above did not hit my capacity. 2018 was a busy year, but there was also a lot of open space. By honing my focus I was able to accomplish more in a smaller amount of time. Heck, I read 89 books! That should prove successfully slowing down life right there 🙂

Will my vision be changing?

The beauty of having a vision instead of yearly goals is that allows me to drive forward toward something in freedom. Goals lock you in place, visions provide openness and flexibility. Goals change often, visions can last a lifetime. The beauty of vision is that as you walk down the road you learn more and the vision becomes more and more refined.

Will my vision be changing in 2019? A little. At its core, it will remain the same, but with the addition of a child life is going to look a lot different and my vision will change to support that.