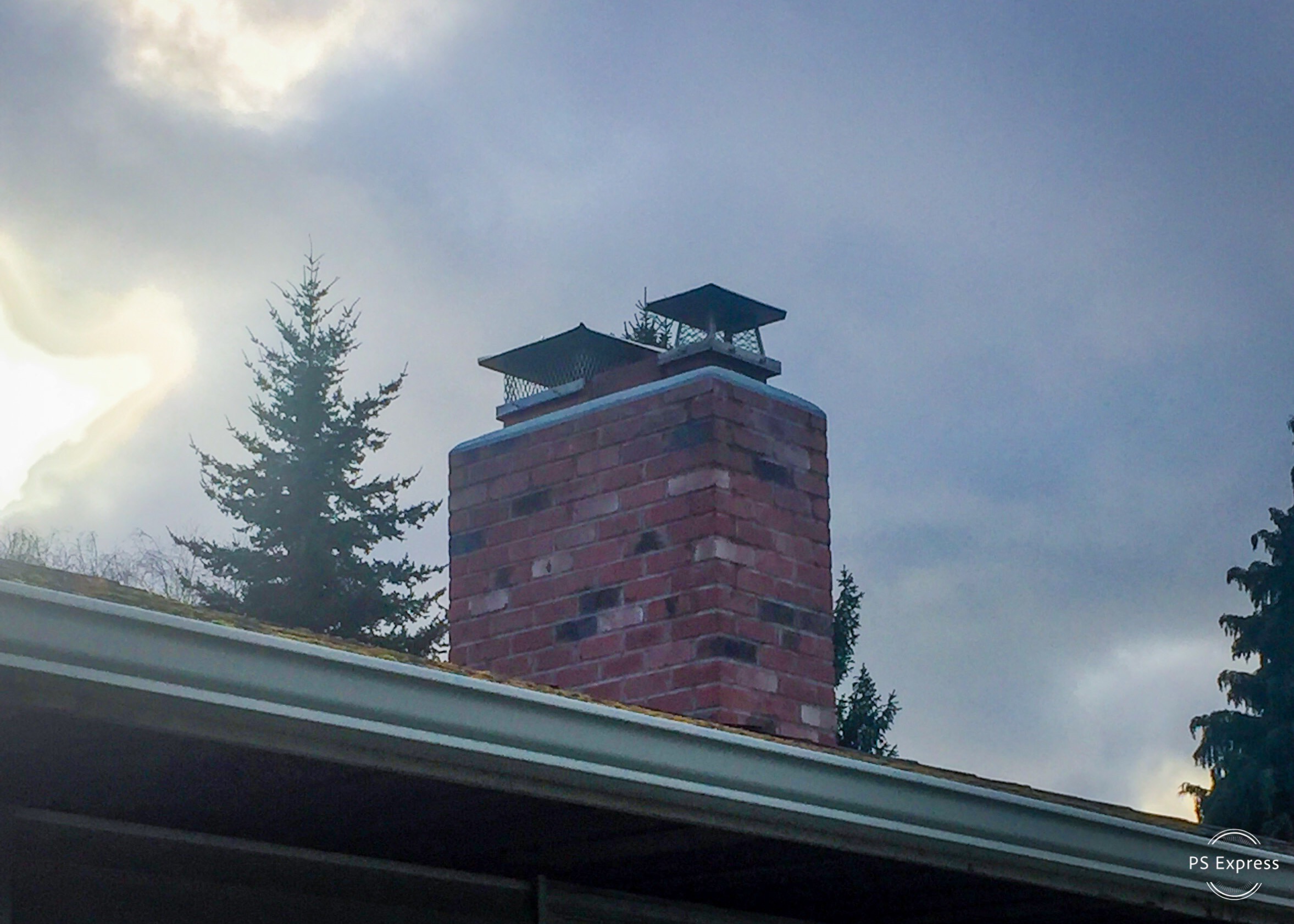 I grew up with a wood stove for heat. I love fireplaces! This house has two!

The upstairs fireplace is an open face monster. Way different than a wood stove. The first I fired it I walked outside to check the chimney. Lots of sparks were flying out the top. Not desiring to burn down my neighborhood, the fire was put out and I called the great folks at Pristinr Sweeps to come take a look.

Aaron, the owner, glanced into the fireplace and let out a gasp as hit eyes travelled up the rear, to the chimney opening. He said it was one of the dirtiest chimneys he had seen! Aaron set to work and spent a lot of time cleaning. Then went onto the roof to inspect the brick and masonry. The damper was rusted out, and there was no cap on top to arrest sparks. The previous owner had a cap built to cover the three flues, however those can be problematic as smoke builds up in them. If one chimney is exhausting and the other is cold it is possible to have a down draft and suck all that back into the house. I had a new damper and cap for the upper fireplace flue installed.

The second fireplace is downstairs and has a wood stove insert in it. Aaron took one look at it and said he would not be able to work on it as the insert was not legal. Further inspection revealed it was incorrectly installed and did not have proper ventilation or exhaust. Whoah, there were no plans to use it, but I sure am glad I had it looked at and learned that!

I am happily sitting in the living room, enjoying the smell and crackle on a satisfying fire.

reminder, have your chimney inspected yearly. Junk can build up inside and cause a chimney fire. That will ruin your day pretty quick!