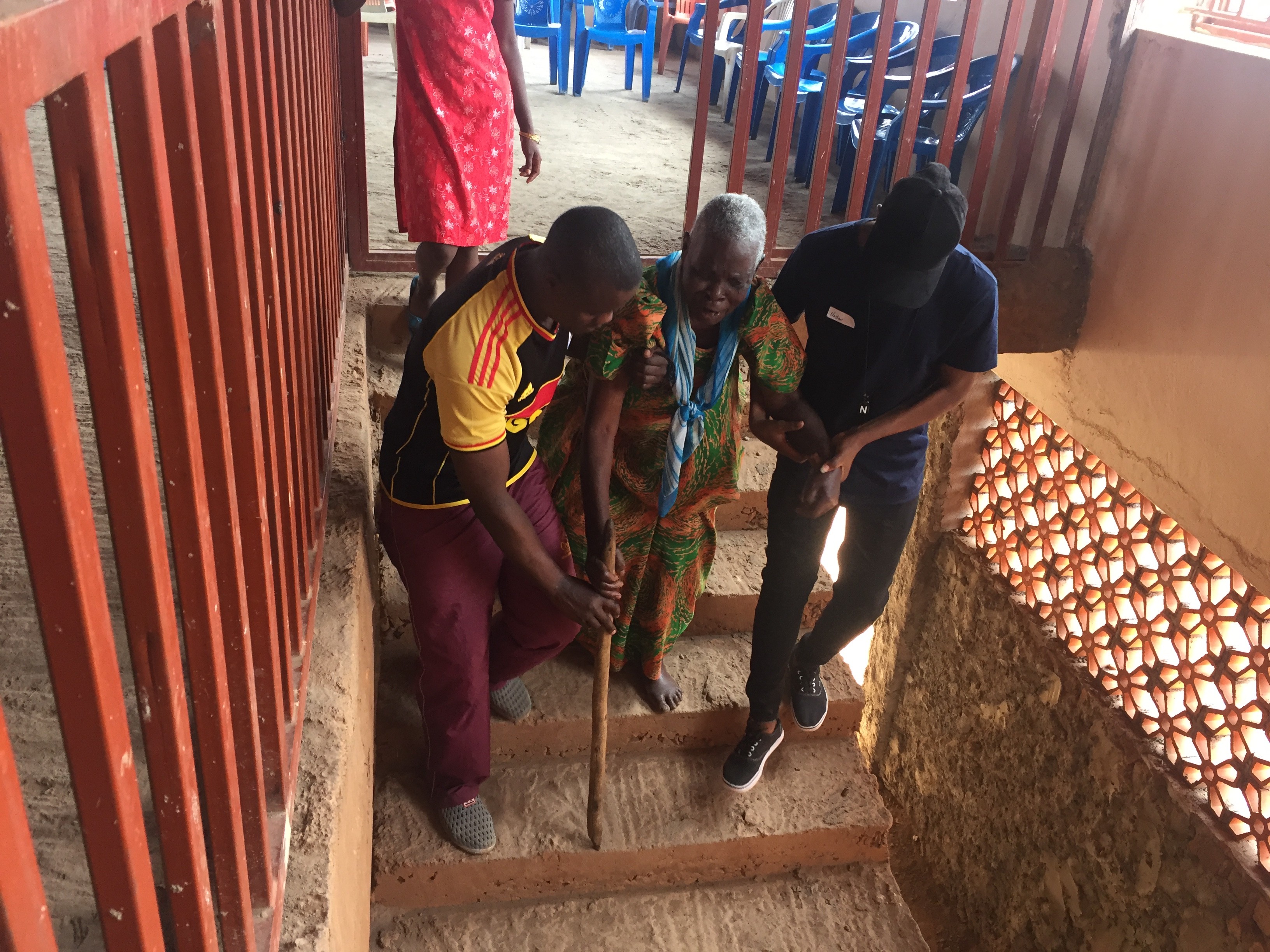 Slaying the monster of poverty mindset 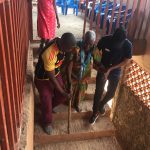 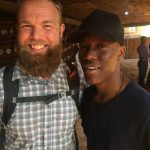 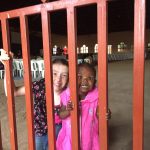 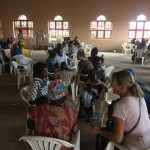 Saints Gates church, where the medical clinic is being held, is a two level structure built into a hill. The front door is at the top of the hill. When you walk in it feels like a ground level room, then you notice a set of stair in the far corner leading down. Down to the lower level that is open air due to being lower on the hill. At the top of the stairs there is an iron gate to prevent people outside from coming up into the main floor and stealing any of the equipment. There is a heavily barred metal gate at the top of the stairs that shuts with a ringing clang of finality. People coming to the clinic started at the door on the main floor and eventually made their way to the clinic on the lower floor.

Today I was stationed at the top of the stairs to help usher them down to the triage area and onto medical personnel. I had two Ugandans helping translate both language and culturally. One of them was the boy (man) I sponsor Nathan Mukisa (I am so proud of him!). My role really was relaying how many could go down to the clinic and managing opening and closing the door.

Katwe, the area we are serving, is a big slum. Everyone there lives in abject poverty. Poverty breeds chaos and belief that there is not enough. That in turn affects how a person perceives and acts on life. Before getting to the final waiting area I was at the people were told over and over that they would all have a chance to see the medical team and that everyone would receive medications and help they needed and yet when they were released to come to my area there was a stampede every time. People running and jostling to be closer to the front. We had them sit and brought people in starting from the front right most person. After the people were sent to the clinic everyone else shifted over. That ensured fair access to all and yet every time the door opened people not in the front would push forward and try to sneak in and others would jump seats. That is the poverty mindset. We have more than enough to ensure everyone gets what they need.

Every time I had to shut that clanging gate in the face of one of those beautiful people my heart broke a bit. I wanted so badly to welcome them all but we could not handle them all at once and this was the best way to help them all. I wanted to shake them and say, “HEY YOU! Why are you doing this? There is plenty for all and there always will be.”

But you know what? I believe in a big God and the people today got to hear about my big God. God is not a god of chaos, he is God of love and order. He is always providing and the ultimate healer.

Poverty mindset is a monster that seeks to steal, kill, and destroy the lives of those it touches.

I want to kill the poverty mindset monster!
Kill it dead dead.

Through programs such as this and Freedom Project we are literally changing the lives of those we come in contact with here.

We are winning!
When people walked out of the clinic they had a new hope and a new joy.
We ARE winning!

Uganda has a re newed since of hope that has been exciting to watch.

Nathan was my translator today and it was amazing being able to spend a full day with him. I spoke at the church Nathan’s parents are pastors in during my first trip. It was in a remote village several hours from our house. They showed me the school they were building and took me to their home for lunch. I met Nathan there playing guitar. I quickly fell in love with their family. I made sure when Nathan joined Freedom Projects I was his sponsor for college.

Nathan is 21 now studying architecture. He has grown into an amazing young man. Watching him lead the people today and even playing guitar made my heart leap for joy. To us Americans Ugandan college is cheap but to most Ugandans it is so far out of reach that they do not even dream of attending. Nathan gushed about how much he appreciated me and took his hat off. Taking off the hat is a sign of high respect and honor. I was pleased beyond words to spend an amazing day with this fine young man. Nathan is a man who has moved beyond the poverty mindset and taken control of his future.