Today was the final race in the Shilshole Bay Yacht Club (SBYC) Snowbird Series, and I had the honor of running the race. 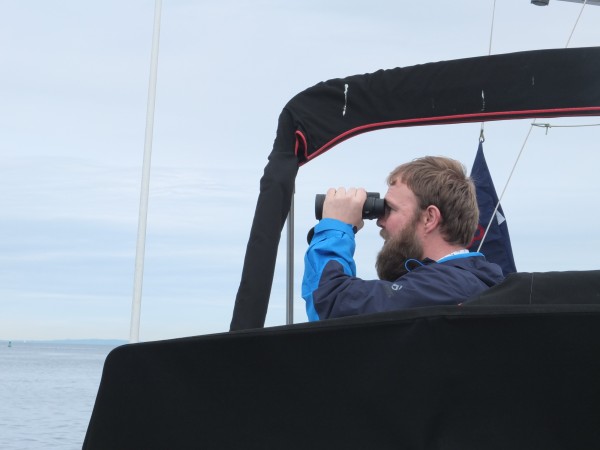 In 2015 I started racing with Joe Bozick on his Sweden 36, Breeze. Joe pushed me hard understand the ins and outs of sailboat racing, and after joining SBYC, urged me to become the Fleet Captain. In that position I am the right hand of the Race Chair Tom Madden. The Race Chair conducts the races, however he was not available today and he asked me to run the race.

Today was my second time as part of the “race committee”, and my first time running a race by myself!

Tom did a great job of preparing me and endured daily emails where I would send a “course for the day” to get his guidance on how to set courses in different weather.

The weather today was forecast to be about 3 mph from the South, with the wind direction shifting pretty quickly.

When the committee boat went out on the course there was zero wind. With the help of the other race committee members I decided to postpone the race in hopes the wind would come up. Sure enough, about 15 minutes later we got some wind and the boats were off!

The course was a small one ( NEMN ) since we were expecting such low winds. As it turned out the wind averaged 6 mph and hit 8 mph for short times. From the first start to the last boat over the finish was nearly an hour. Then the wind stopped dead again. All the boats had made it around the course!

Overall my first experience running a race was a good one. It helped that I had a great experienced race committee crew with me (thanks guys!).

My buddy Robert came along as our photographer and got some great photos of the race. Here are a few: 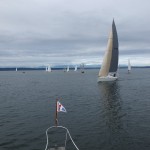 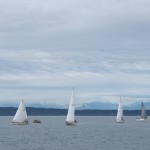 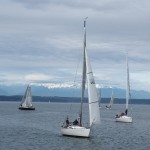 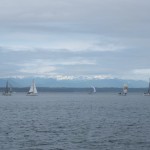 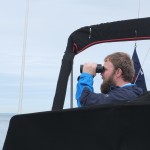 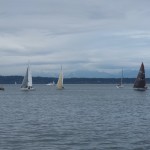